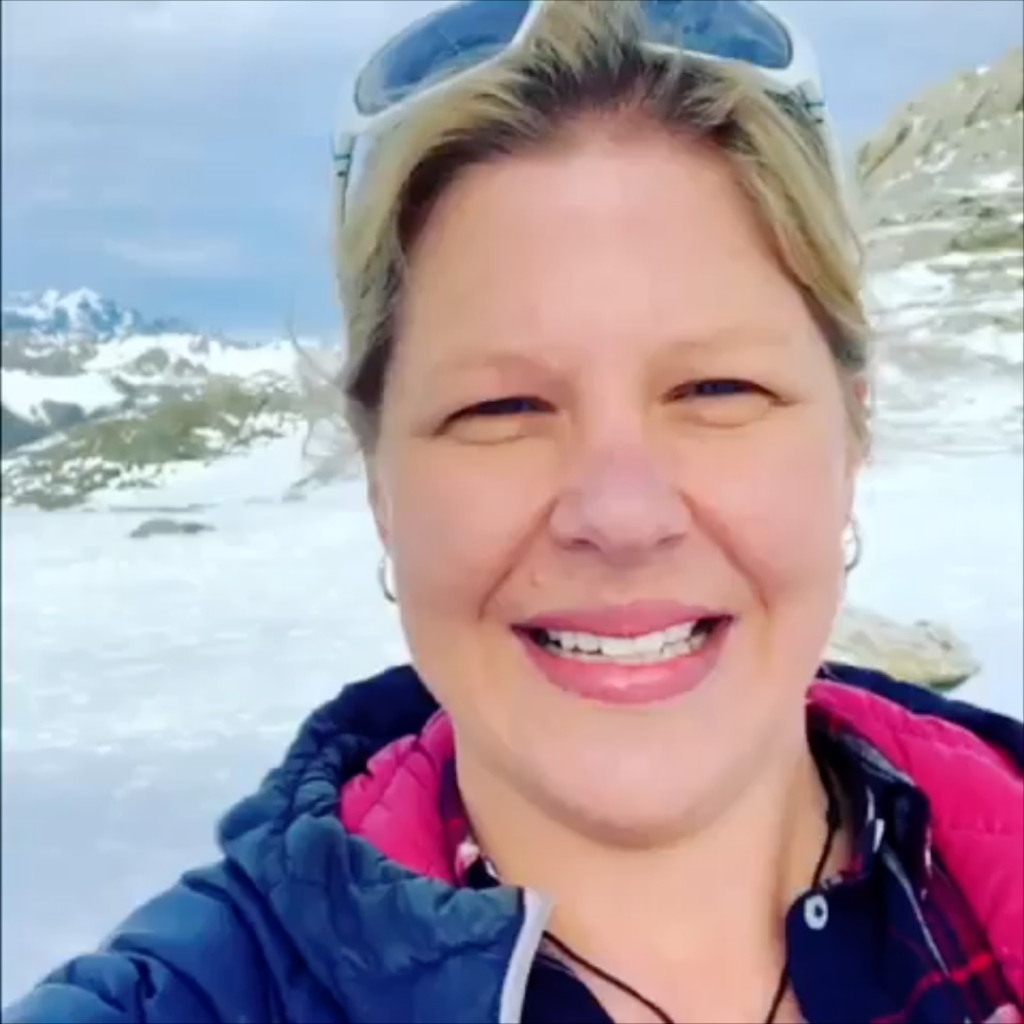 Holly was quite literally on top of the world when she summited Mount Everest.

Her passion for adventure is evident with two world records under her belt so far, including being the first woman to skydive Everest and race semi-wild horses 1000km across Mongolia in just nine days. Holly’s talents are not limited to adventure, she is also an acclaimed artist and passionate conservationist.

She is the founder of ‘How Many Elephants’, an award-winning campaign raising awareness of the plight of elephants in Africa and funds for anti-poaching projects. She has helped raise over £300k for a diverse range of charities through her adventures and campaign work so far.

We caught up with her in the midst of her busy schedule to ask a few questions.

What made you first decide to become an adventurer?

I started life as an adventurer at an early age and spent a lot of my childhood in the outdoors. When I was 21, I did my first skydive whilst backpacking round New Zealand and was blown away by the experience and the fact that people were getting paid to jump out of aeroplanes for a living. My career’s advisor at school definitely hadn’t mentioned that as a possible career path! I decided there and then, that was the job I wanted. Six months later, with lots of training, dedication and hard work, I achieved my rather far-fetched goal and became the third woman to work as a free fall camerawoman in Lake Taupo.

On reflection, I refer to this as the ‘boldness of youth’ as when I set myself this goal, I knew nobody in New Zealand, I knew nothing about skydiving and I knew nothing about filming but none of that mattered. I knew I could learn all the skills I needed to get the job. This gave me immense confidence and self-belief that I can try and achieve whatever I set my mind too. I love the outdoors and the adventures that go with it. Being an adventurer has allowed me to travel to some of the world’s remotest and most inhospitable places. I have met some hugely inspiring individuals on the way and I really love the unknown element of adventure and travel!

You were the first woman ever to skydive Mount Everest, something we didn’t even realise was possible. What made you decide to take on such a challenge? 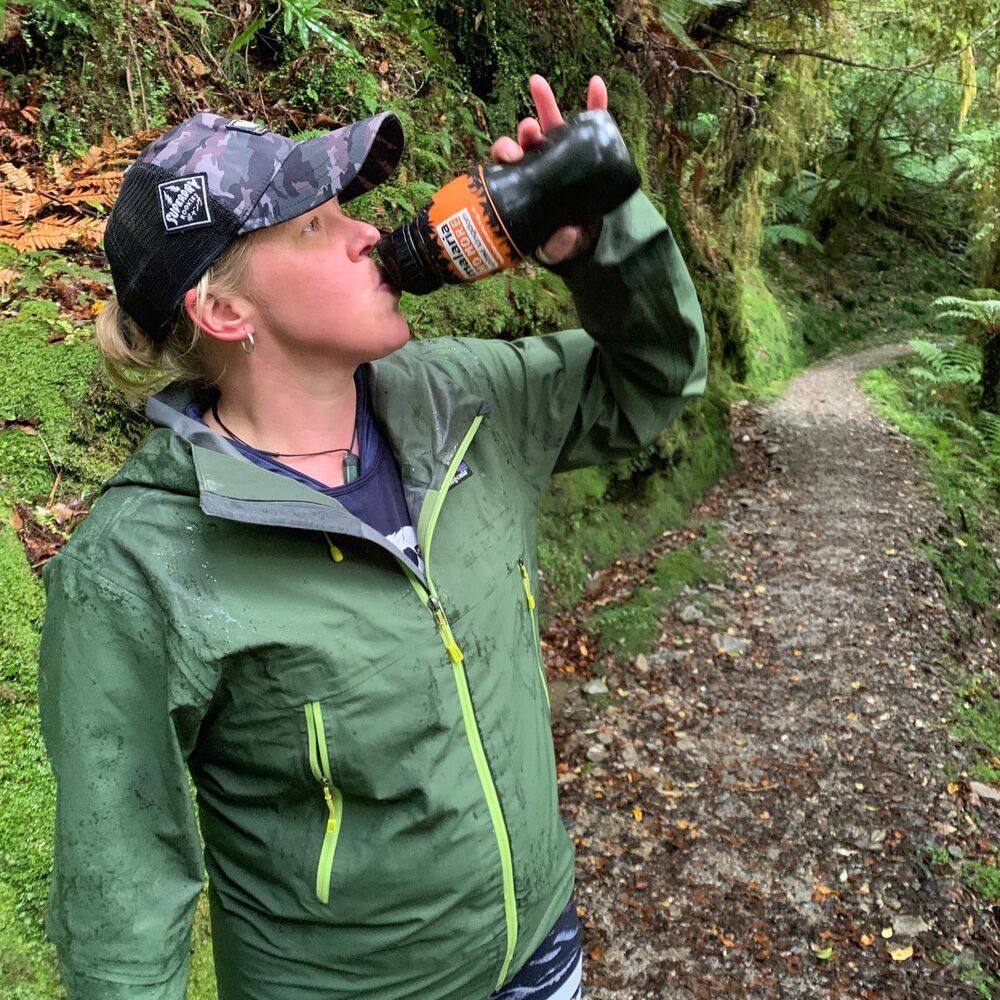 As a skydiver, I knew skydiving next to the highest mountain in the world was an opportunity I wasn’t going to miss out on. I worked hard and got sponsored. On October 6th 2008, I became the first woman to Skydive Everest by successfully jumping out of a plane at 29,500ft, looking onto the summit of Mount Everest and getting a bird’s eye view of some of the most breath-taking mountain scenery before landing on the world’s highest drop zone at 12,350ft! I free-falled past the mountain in excess of 140mph, in temperatures of -40 C. It was an incredible experience!

Jumping next to Everest was a very different experience to any other skydive I had ever done and indeed, different to other high altitude jumps, because of the inhospitable terrain and conditions. The first difference, besides the exit altitude of 29,500ft as opposed to the normal 12-15,000ft, was the temperature. I was jumping in -40 degrees. To help with the biting cold, I wore a full-face neoprene face mask and a special insulated jump suit, so none of my skin was exposed.

The second difference was jumping with oxygen. I had never jumped with oxygen before so this felt strange! I had oxygen in the plane for the 45 mins ascent from 12,350ft and then I switched to an oxygen bottle for the free fall. The third difference was the size of my parachute. It was three times the size of my normal chute but landed at the same speed due to the 12,350ft elevation of the landing area and the thinner air at that altitude. The last difference was the landing area. On two sides were 1000ft drop offs to the valley’s below. There were very few, if any, alternative places to land in this treacherous terrain, so it was imperative I made it back to the designated landing area. I made it back in one piece!

What experience have you found the most challenging so far? Has there been anything you’ve really enjoyed?

I can’t really pick an outright “most challenging” experience so far as there has been a few but this expedition was definitely up there! I made a successful first ascent of an unnamed mountain (4000 m) in the Altai Mountains, in Western Mongolia. Whilst it’s a wonderful liberation to go where no one has gone before, it comes with its own unique set of challenges. We had to carry out a long medical evacuation for a crush wound to one of my teammates legs.

We had to battle precarious boulder fields, extremely steep snowy slopes, huge exposure and avalanche risk. It was a great achievement to reach the top and more importantly, return safely! We have applied to name the peak ‘Mount Zuchi’, which was the name of Genghis Khan’s first-born son and the word means ‘guest’. Two third’s of the world’s mountains remain unclimbed so this is an avenue I am keen to continue exploring.

“Sitting on the roof of the world! WOW! Sitting on the highest place on earth is pretty surreal! The fight to get here and realise this dream, emotionally, physically & mentally has been HUGE! That last hour of climbing to the Summit was tough, everything in my body was screaming NO, something in my mind was whispering YES!!!! The adventure is not over yet. Jangbu and I are stranded at Camp 3 at 8300 m. This is not a comfortable altitude to be hanging out at! We spent last night here and if anything, the winds are becoming increasingly more threatening. Will keep you posted…”

I was very fortunate with finding a small but glorious weather window to summit. I experienced beautiful blue skies, with very little wind on the Summit. The view was spectacular! Jangbu & I spent about 30 minutes on the Summit, soaking it all in, as the conditions were near perfect. We were conscious of time though and how quickly things can change up there, as we later experienced!

On our descent, the weather changed very quickly and we got stuck at Camp 3

for a night at 8300 m, with ridiculously strong winds! I thought our tent was going to become airborne and I was very conscious of still being very high up on the mountain! When we looked outside the following morning, most of the other tents had been destroyed. The next day we descended to Advanced Basecamp which was a long day!

Along with your adventures, you’ve also done an enormous amount of conservation work. Why do you think conservation is so important? 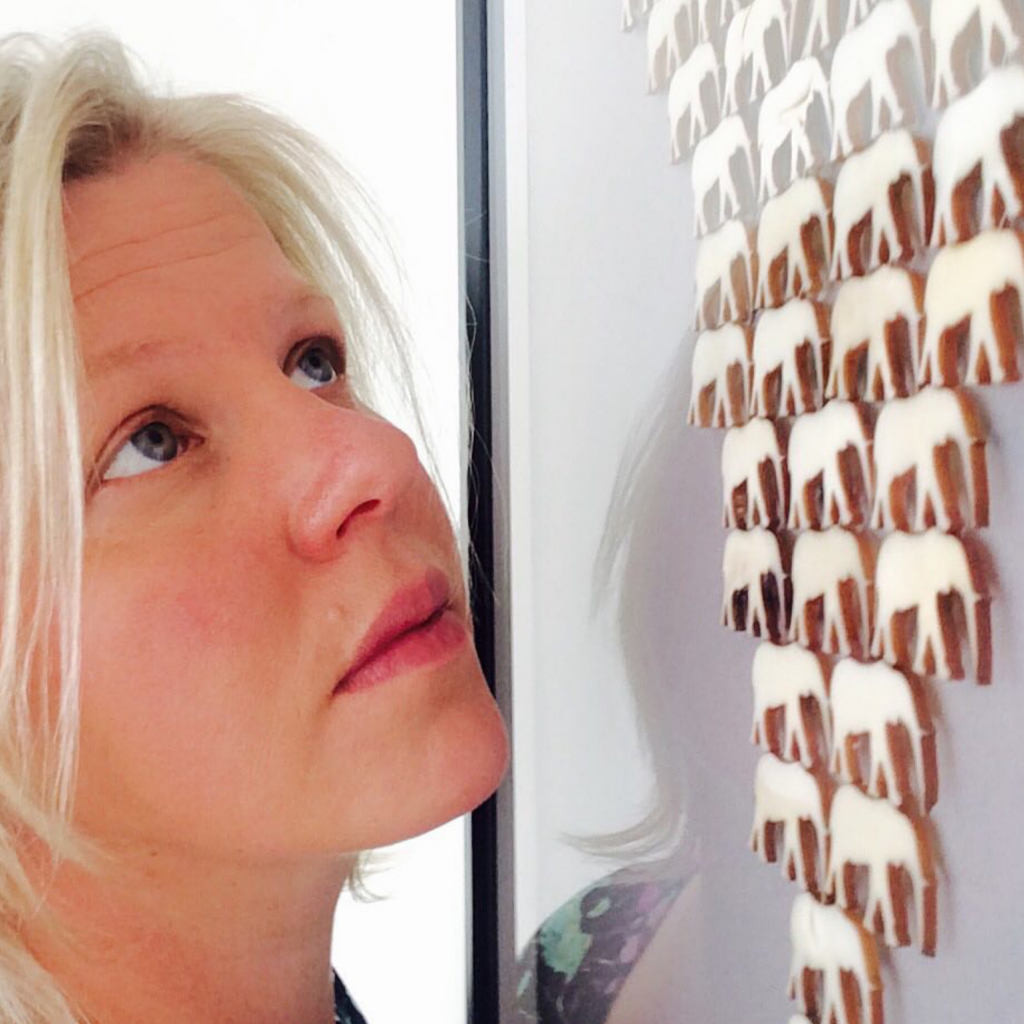 I am passionate about conservation and design. How Many Elephants is using design to bridge the gap between scientific information and human connection in the field of conservation. My campaign is giving a voice to the critical African Elephant crisis.

Few people know the extent of the problem; 96 African elephants are poached each day for their ivory. At this astonishing rate they will be extinct in the wild in the next ten years. I have turned this disheartening statistic into a powerful art installation that presents a physical commentary on the devastating impact of the elephant ivory trade, to raise awareness and funds to support anti-poaching projects. Over 1000 school children have visited my exhibition for workshops with plenty feeling inspired. Part of the originality of this exhibition is in my approach to avoid gruesome and shocking imagery to portray the facts. To actually see this data visually is very impactful. It is not about scaring people or assigning blame, it’s about raising awareness of the enormity of the poaching crisis.

Recently I immersed myself with the Black Mambas, an all-female front line anti-poaching team in South Africa to intimately learn what drives and motivates these pioneering women to pursue their multifaceted roles as protectors, educators and beacons of hope. The Black Mambas’ work takes them away from their young families for weeks at a time, challenging the traditional status quo. Armed only with pepper spray and handcuffs, these women patrol hunting grounds of armed poachers who pose an imminent threat to the elephant species. They also strive to change attitudes towards the role of women in Africa and beyond.

What are the challenges you’ve had to overcome to get you where you are today and how did you address them? 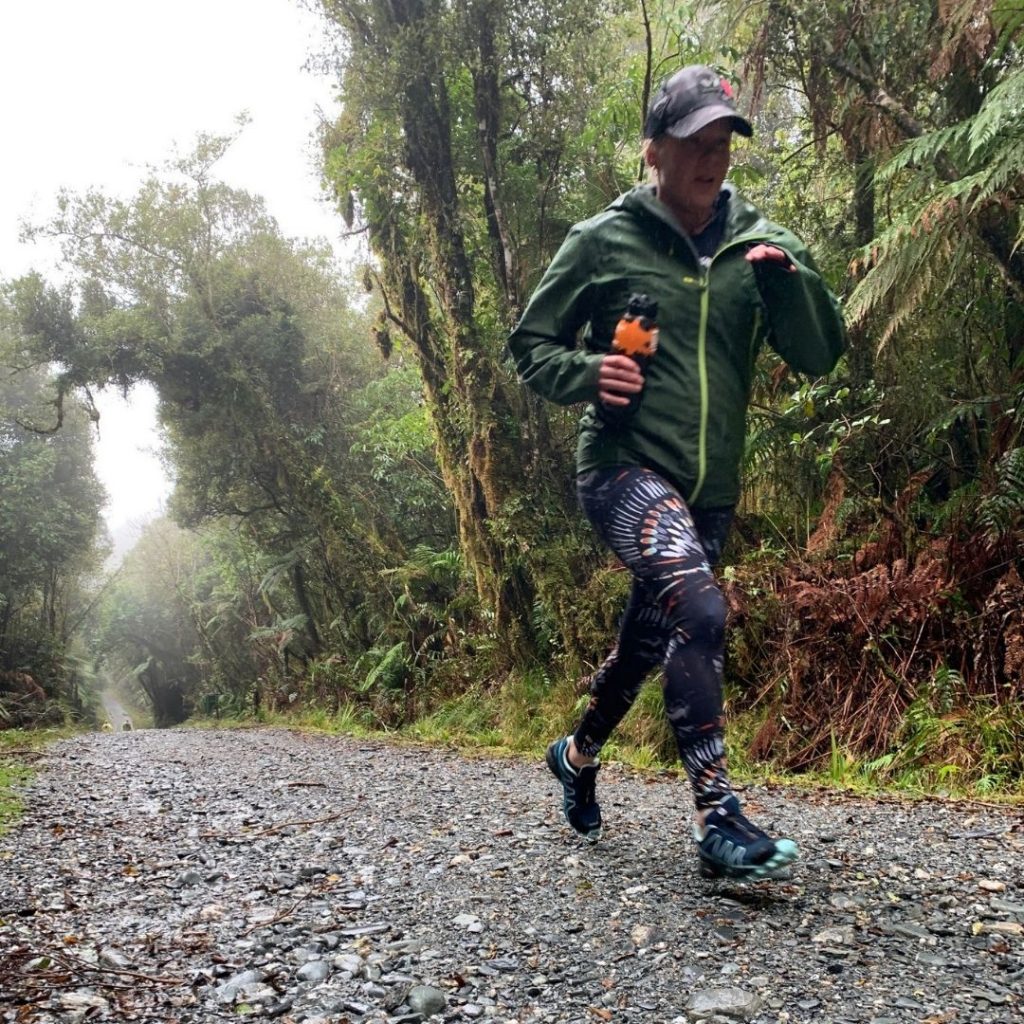 Listening to the naysayers who told me I lacked direction and purpose. Being an entrepreneur is tough, there is often no road map and sometimes this is hard to convey to others. It can be lonely too. I sometimes felt like I was hitting my head against a brick wall and not making any progress but a small voice inside kept whispering ‘keep going’. I did keep going and then started picking up momentum. Now I receive public recognition for my work very regularly and I’ve learnt to be proud of the life I lead; being entrepreneurial, being an alpha female and living an ‘unconventional’ life, rich in purpose, experience and passion.

What keeps you motivated and positive when things get tough?

A positive mindset and an acceptance that nothing is perfect, normal or even comfortable at times is essential, however, the rewards are huge! The views, the fresh clean air, the intense sunshine are all spectacular BUT for me, the reward is knowing you can do it, knowing you can live for long periods of time very simply, without materialistic needs or familiar comforts and pushing yourself in ways you wouldn’t have thought possible before. Learning, growing and experiencing new things is my biggest reward.

What advice would you give women who want to have more adventure in their lives?

Think big, dream bigger and go climb your Everest, whatever that might be. Put in the time beforehand to get physically and mentally prepared so you know you can give it your best shot. I describe myself as ‘sort of pretty normal’, with a down-to-earth approach to life, and I do not consider myself to have a greater physical or mental advantage than most, so that begs the question – if not you, who? If not now, when? Act now.

To discover more about Holly Budge visit www.hollybudge.com or follow her on Instagram, and her journey at #EverestEveryday. Her charity is www.howmanyelephants.com

in your basket
Go to Basket